A Brief History Of The Bentley

Having spent many years specialising in luxury car hire in London, we have become passionate about the history behind the world-famous vehicles that we have grown to love. There are now a wealth of leading brands which have become household names, but you would be surprised to know that it hasn’t always been a success for many. Even the most prestigious of manufacturers have been forced to overcome problems, and Bentley is no different. Now by far one of the most popular luxury brands amongst our clients, the history of the Bentley involves a number of twists and turns, which have allowed them to become the brand that they are today.

An Introduction To The History Of The Bentley

From the Bentayga to the Mulsanne Speed, there are many high-performance, high-spec Bentley models which most definitely have the wow factor. In fact, the most expensive Bentley ever has recently been announced for 2021, which will come at a price tag of a massive £1.8 million! Only 12 of these hand-made beauties will be manufactured, each of which has already been allocated to Bentley’s super rich customers. They will also be fully personalised to the customer’s requirements, meaning that the final price is likely to reach more than an astonishing £2 million. Named the Bacalar, the model will be able to accelerate from 0 to 60moh in just 3.5 seconds and feature a 6.0-litre W12 TSI petrol engine which will be capable of reaching a top speed of 200mph. You can find more information on this exceptional creation over on This Is Money.

So now that we’re up to date with the latest models by Bentley, its time to take a closer look at how the brand has grown to be one of the most luxurious in the world. Our article will run you through the following:

The Bentley brand dates back as far as 1919, founded by Walter Owen (W.O) Bentley and his brother H. M. Bentley; both of which shared a passion for designing and building their own unique vehicles. Walter’s experience with manufacturing, in particular, started back in World War One, where he specialised in building aircraft engines; this allowed him to pick up skills which would prove invaluable in his career. The aim was always “to build a fast car, a good car, the best in its class.” Having had a fleet of Bentleys as part of our prestige car hire in London for the past few years, we can most definitely confirm that this goal has been met!

The first major success for the brothers was the Bentley 3 Litre Sport which went on sale in 1921 won at the 24 Hours of Le Mans of 1924. It was known for being filled with features that were innovative at the time, such as twin spark plugs and a crossflow cylinder head. Together, this provided the model with exceptional performance, perfect for taking on open roads at high speed. The huge success of the Bentley 3 Litre Sport lead to W.O Bentley becoming a well-known name amongst the wealthy in the British motorist world. 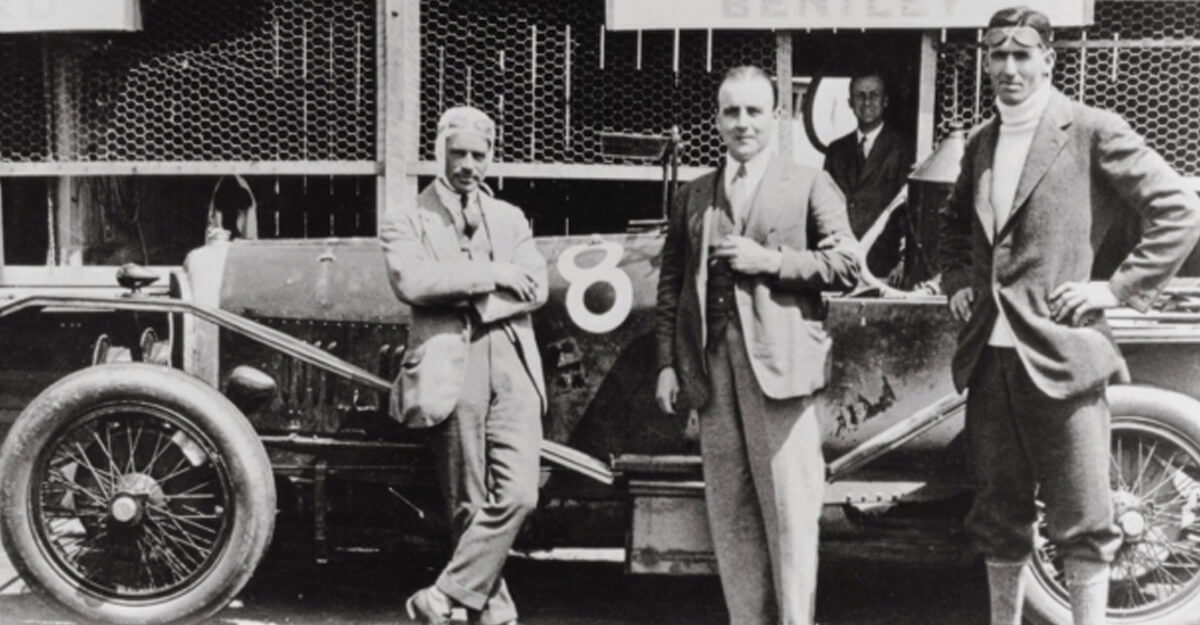 Although the first few years for Bentley brought nothing but success, they were set to face significant problems in 1925. The brothers enlisted Woolf Barnato to help with the financing side, but this meant that he was now in full control over the company, making Walter an employee. In the upcoming years from 1929, the brand would also face the Stock Market Crash and The Great Depression. This meant that the demand for expensive, luxury vehicles dramatically dropped, decreasing production and of course, profit, for what was once a fast-growing manufacturer.

Nevertheless, as opposed to allowing the business to fail, the minds behind Bentley got to work on designing vehicles which would remain sought-after, even during difficult times. The six-cylinder 6.5-litre model, in particular, which was introduced in 1926, allowing new owner Woolf Barnato to experience his first success, winning the 1929 Le Mans with a race won by Sir Tim Birkin. Although the model was initially designed to accommodate the demands of those who required a heavier saloon vehicle, it was equipped with a new level of performance, making it hugely popular in the racing world.

By 1931, it was time for Bentley to face another huge change in its operations as an agreement was put in place for the brand to be taken over by Napier & Son, which would help them to overcome the impact of The Great Depression. This didn’t quite go to plan as the British Central Equitable Trust outbid Napier & Son, which meant that they become the new owners. Behind the British Central Equitable Trust is a brand that we can be sure that you know all too well, Rolls Royce, and it was here that the two luxury brands became intertwined. 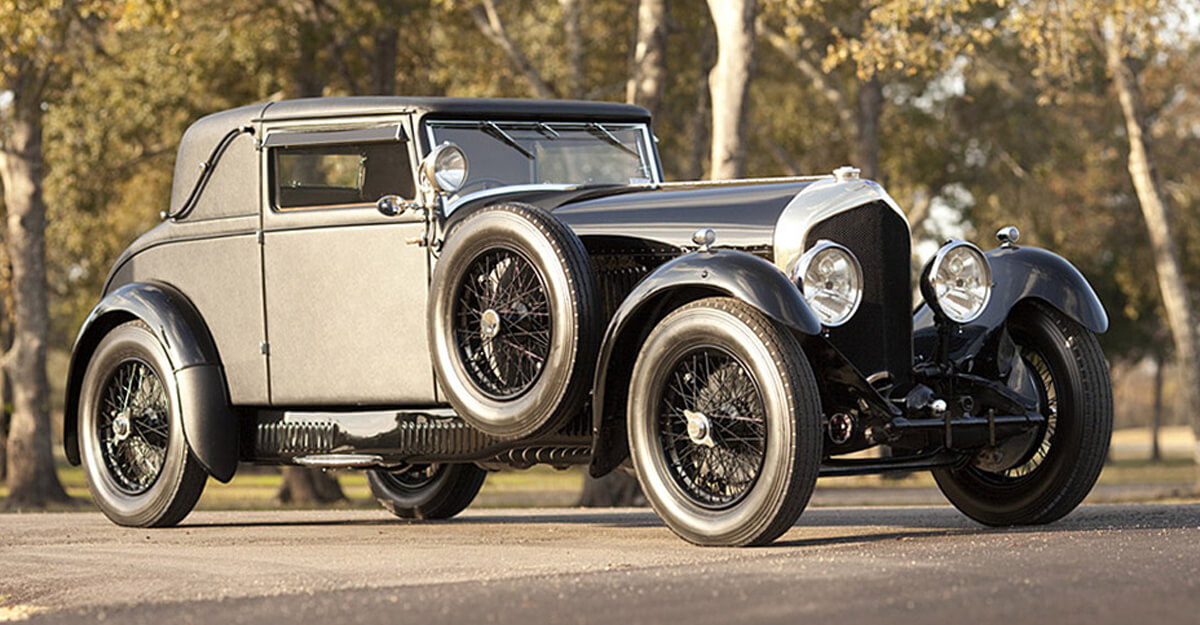 Up until more recent years, Bentley continued to be owned by Rolls Royce, designing vehicles which could only be described as virtually identical. It wasn’t until 1998 when the Volkswagen Group took ownership of Bentley while Rolls Royce was bought by BMW. Together, although owned by separate companies, the two brands continue to work head to head to create the most lavish, high-performance vehicles on the market. If you’re unsure on the key differences between the modern-day Bentley and Rolls Royce, then we suggest taking a look at our previous article which compares the two.

Today, Bentley has remained a leader in the world of prestige vehicles, filling every model with the most expensive, modern technology available. The most popular models include:

If you are interested in taking a spin with our Bentley cars for hire, then do not hesitate to get in touch with the Royal Rentals team. With many years of experience providing a 5-star experience, you can choose to either self-drive your chosen Bentley or opt for a chauffeur-driven service. We now also offer corporate car hire in Mayfair and the surrounding London boroughs, so why not make an impression at your next big meeting? 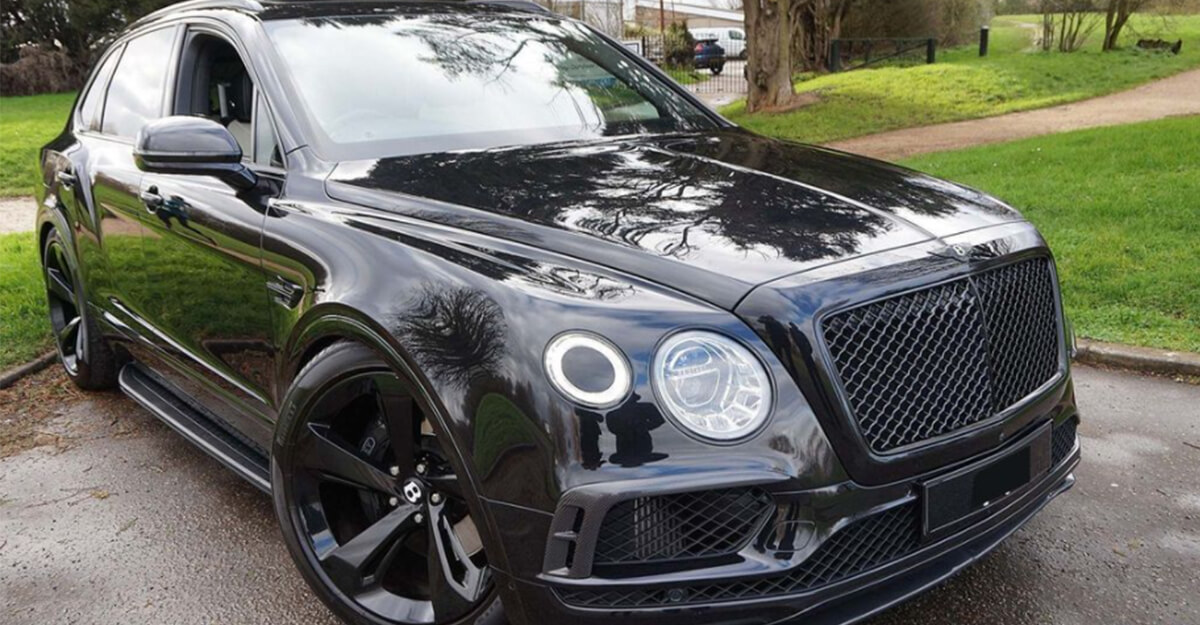 And The Rest Is Still To Come…

With the constant evolution of technology, we cannot wait to see what Bentley has in store for the future. It has always remained one of our favourite luxury vehicle brands and is super popular amongst our clients. With the perfect balance between style and performance, its no surprise that Bentley has grown to become a leader in the prestige vehicle market.

The Best Ferraris Of All Time: Royal Rentals Reviews

The 4 Best Chauffeur Cars To Be Driven In